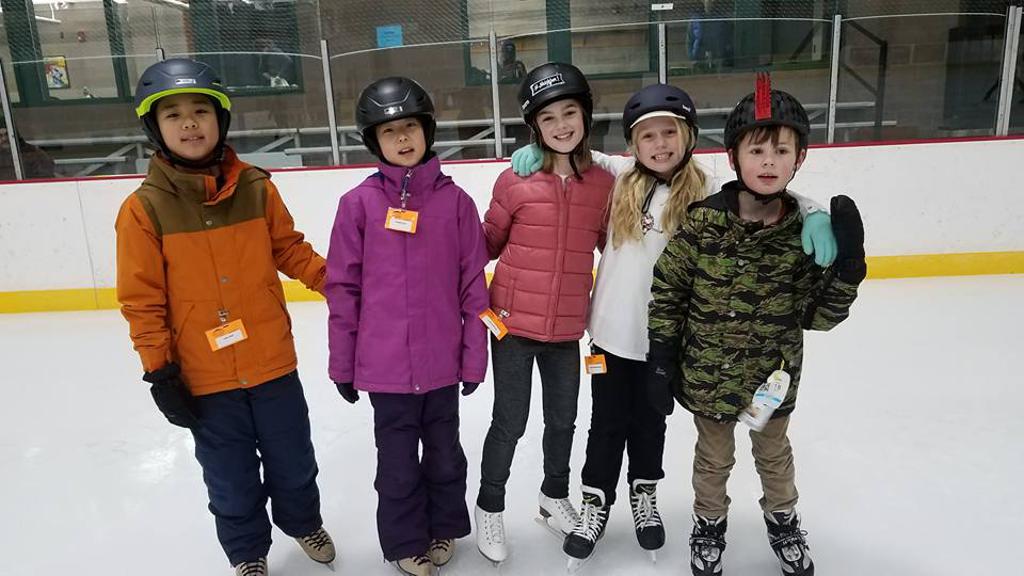 Our Learn to Skate program is designed to bring new kids, teenagers and adults who have never skated before and teach them using the USA Learn to Skate model. This model is designed to take beginners and move them through different levels until they are competent skates.  This program will also help skaters who have been on the ice refine their skills.

We have three different days for Learn to Skate, Wednesday afternoons, Thursday mornings and Sunday mornings. There are two different teaching sessions, one is the fall session that runs from October to the end of December, and the other is the winter session, which starts in January and goes until the last week in February.

Once registered we will place you into the appropriate level, and once we get on the ice we can adjust the levels as necessary.

Snow Plow Sam 1-2    Parent or guardian must accompany child in this class.

Your child will learn how to sit and stand up independently on and off the ice.  March in place.  March forward 8-10 steps.  March, glide on two feet.  Dip in place.  This is a great first class for a young beginner skaters 3-5 yrs.  Bubbles, toys and washable markers for drawing on the ice will be used to help children learn.

Snow Plow 3-4    Parent may be asked to participate

The next level is to begin marching, followed by a long glide.  Dip while moving.  Backward wiggles, six in a row.  Rocking horse (one forward and one backward swizzle in place).

Basic 1:  Parent or guardian must accompany child in this class.

Children 5 years and older will learn the proper way to fall and get up from a kneeling position, skating forward across the rink without falling, gliding forward on two feet, forward two foot swizzles, snowplow stop and two foot hop and stopping.  We work on confidence while having a lot of fun!